I haven’t done a book tag in SO LONG, even though I’ve been tagged in a bunch, and I really have no excuse; I’ve just been super lazy lately. I’ve seen this tag floating around in various places, but most recently on acquadimore’s blog (whose answers are seriously FAB and her blog is excellent overall; y’all should totally go follow her) and I’m just bored enough to do it. Also, I LOVE pancakes and I crave them all the time, so here we are. 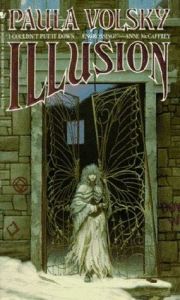 Illusion by Paula Volsky might seem like an odd choice for this prompt, as it’s an obscure high fantasy from the 90s, but its writing is so gorgeous, so elegant, so high-quality. Here’s what I wrote in my review of the book: Reading Illusion felt like reading a literary classic from the 19th century. Everything about the writing was so elegant, so old-world, so formal, so eloquent…from the very first page I was hooked, drawn into this world through the evocative and elegant syntax. I wish I could write like Paula Volsky. God, her writing is everything I aspire to. I was drinking it in as I read, sometimes going back and rereading various phrases just to marvel at the way she could make something so utterly simple sound so grand. 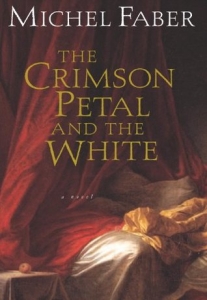 There are so many female characters in the fantasy realm that would fit nicely for this prompt,  but I thought I would go in a slightly different direction and choose Sugar from The Crimson Petal and the White by Michel Faber. Sugar, a nineteen-year-old prostitute living in Victorian London, is sharp and witty by necessity: her draw as a prostitute not only hinges on her willingness to perform any sexual act, but also her intellectual vigor. She’s educated, clever, and perceptive; throughout the book she is attempting to write her own novel about a vengeful prostitute who engages in grisly murder and torture of the johns who have wronged her. She also manages to claw her way up from seedy brothel to kept mistress of a rich businessman solely through manipulation. Sugar is constantly planning and deliberating; she has to be smart in order to survive, and in my opinion she’s one of the most vivid and memorable literary characters of all time. 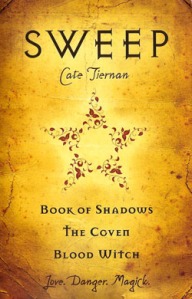 I first read the Sweep series by Cate Tiernan when I was – oh, perhaps eleven or twelve years old? Since then I’ve re-read it multiple times, nearly as many times as I’ve read Harry Potter (also a super comforting read). The series is about Morgan, a seemingly ordinary teenage girl who becomes drawn to the religion of Wicca, only to discover that she is descended from real witches herself. The series is about her discovering her powers, her heritage, and growing into a powerful witch. It’s an absolutely addicting series made up of fourteen very short books, but more than that: it effortlessly captures the beauty of Wicca and magic. I still remember the feelings reading this series evoked in me; it inspired wonder and hope and curiosity. Set in a small town in upstate New York, it is unbelievably cozy and atmospheric. 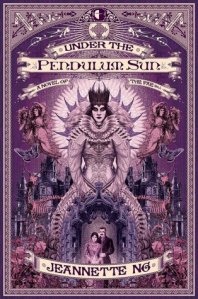 This is easy: Under the Pendulum Sun by Jeannette Ng absolutely wrecked me. There was just so much going on here, so many intertwining threads in a dense fantasy book with heavy Judeo-Christian theological underpinnings. In my review, I said that I felt the book required an academic dissertation in order to properly understand everything referenced, and I stand by that. At its core, this is a deeply Gothic novel about fairies, Victorian missionaries, colonialism, and taboo. It’s beautifully written, meandering, deeply claustrophobic, depressing, and awe-inspiring. It brilliantly utilizes literary forgery to inspire a sense of mystery and intrigue. It interrogates British colonial attitudes. It engages with Judeo-Christian theology in a fantastical setting. It’s such a weird little gem of a novel that left me feeling like I had just been hit by a truck, and for weeks afterwards I couldn’t think of anything else. I kept going back to re-read passages and quotes. I searched out every interview with the author that I could find. I read articles about the Bible. Even now my greatest wish is to sit with a bunch of academics and delve into deep discussions about this book. 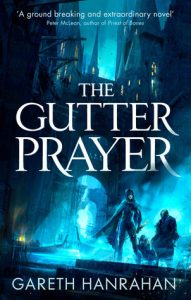 So, I don’t know if this is cheating a tiny bit, because I’m going with a book I’m still reading right now, because I love it so much, and that is The Gutter Prayer by Gareth Hanrahan. Indulgent is such a great way to describe this insanely rich dark fantasy novel! It absolutely revels and delights in its creepiness, in all of its eldritch horrors and body horror and terrifying gods. It’s literally everything I’ve ever wanted in a dark fantasy novel. There are so many lines that I keep reading over and over again because they are just so fucking creepy they give me goosebumps. The book is also unapologetically Lovecraftian, with a seriously gloomy and grimdark and slightly steampunk aesthetic. It’s very setting-driven, with plenty of description devoted to the strange city that is Guerdon. It’s clear that the author gave everything he had to the worldbuilding – which is not to say that the plot and characters aren’t solid, but it’s the creepy creativity of the worldbuilding that truly makes this book stand out. 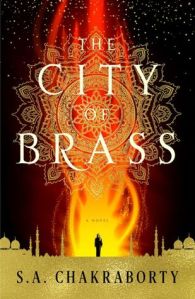 I had a hard time with this question, but I’m going to go with Dara from The City of Brass by S.A. Chakraborty. I’ve already mentioned I love villainous anti-heroes, especially when they feature as love interests, but I think Dara goes far beyond that (and will continue to do so in the sequel, which I have yet to read). He’s a prickly asshole, but he’s got reason to be: he’s an age-old creature who cannot always remember the horrible things he’s done. And some of those things are truly, truly horrible: Dara is essentially a war criminal. I wouldn’t even say that there’s a hidden vulnerability to him, necessarily, but he’s just so clearly traumatized and angry that it makes for a fascinating character and an intriguing dynamic with Nahri, the main character and his love interest. 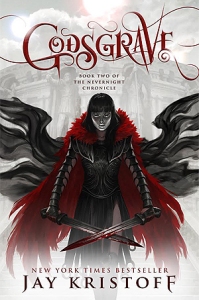 Godsgrave by Jay Kristoff is the sort of novel that, when I read it as a writer, I know I never could have written, simply because of the sheer complexity of the plot. At first, I thought I might be a little bored, as the main plot is about Mia smuggling herself into what is essentially a gladiator ring in an elaborate bid at revenge. I’m not super interested in fighting and, well, gladiators, but Kristoff made it inescapably compelling. The plot in this book is so thickly layered, with SO MANY incredible twists and turns that just keep you guessing, literally until the very last page of the book – seriously, those last two or three chapters were SO FULL of twists I felt like my head was spinning.

I’m gonna go with Wanahomen and Hanani from The Shadowed Sun by N.K. Jemisin, which is the second book in her Dreamblood duology. Remember when I said I enjoy well-done romance? This is a stellar example of a very slow-burn romance that is well-written and well-crafted. You almost don’t see it coming, but then when it does happen, you’re like, “oh, of course!” Wanahomen is an exiled prince trying to take back his throne, while Hanani is the first female healer, who, along with her mentor, is given to Wanahomen as a sort of hostage. There is much, much more going on in this book, as it’s a multiple POV fantasy, and honestly, this pairing developed so slowly it was hard to see how it would work, as Wanahomen and Hanani start the book as, well, not enemies exactly, but Wanahomen is a bit of an asshole and Hanani is struggling to find her confidence. By the end of the book, they’d become one of my favorite pairings of all time, and N.K. Jemisin made me realize that I actually do like romance in my books. 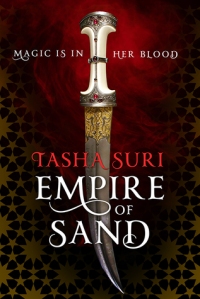 First of all peanut butter is amazing and I would happily eat it with a spoon right out of the jar (though I wouldn’t put it on my pancakes) but ANYWAY, this was difficult, because I tend to really enjoy villainous characters, but one villain I think actually makes me recoil is the Maha from Tasha Suri’s Empire of Sand. He’s an immortal being whose immortality seems to have taken somewhat of a toll on his sanity, and he’s used to exercising absolute power on those around him. He’s cruel and thoughtless and powerful and power-hungry, and the way he treats everyone around him makes him utterly repulsive and – I cannot stress this enough – legitimately terrifying. 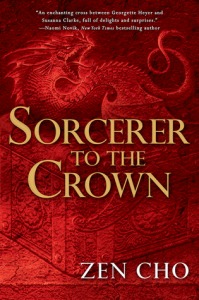 I have to go with Sorcerer to the Crown by Zen Cho, one of my favorite reads of the year so far! The reason I’m picking this one as opposed to potentially more diverse YA contemporaries out there is that the diversity here really stands out as being very intentional. The book takes place in an alternate Regency England, and while it could have been very easy for the main characters to be white, they are instead a black man and a half-Indian woman. Both of our main characters in this Regency England setting are people of color! The book is not afraid of exploring just what that means, and the nuances of each character’s differing experiences, and the various privileges each one has.

14 thoughts on “The Pancake Book Tag!”