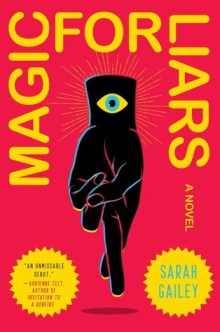 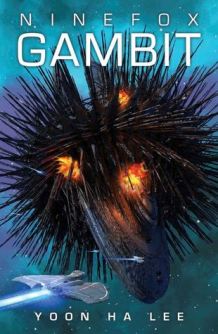 In my attempt to become a writer, I’ve taken to writing short stories.  One of them was recently published.  In an effort to improve my craft, I try to read as many short stories as I can.  I’m…rather picky when it comes to short stories, much pickier than when it comes to novels (which is rather contrary, but what can I say), so it’s not often that I find a short story that truly speaks to me.  I’ve realized that I would like to keep track of those stories that touch me or teach me something, and so that birthed a new idea: Short Story Friday.

On certain Fridays, I will share with you three short stories I have read that engaged me in some way.  This will also be a great way for me to encourage myself to read more short stories! I definitely don’t read enough.  And so, without further ado, I present my choices for this Friday:

A Lady’s Maid by Sarah Gailey (B&N Sci-Fi and Fantasy Blog, May 2017): Described as a “Victorian comedy of manners” featuring androids, this darkly comedic story juxtaposes Victorian social customs with futuristic technology.  It’s an intriguing mix that leads to some rather amusing shenanigans culminating in the ultimate tragicomedy.  Featuring the perspectives of several intriguing characters, it concludes with a satisfying and unexpected new beginning.

The Wanderers by Bonnie Jo Stufflebeam (Clarkesworld, February 2013): This story throws you right into the action with an incredibly disturbing first paragraph from the perspective of sadistic aliens hoping to colonize Earth.  They’ve spent years studying humans and believe we worship violence, so they believe they will be appreciated as our violent overlords.  However, when they actually arrive on Earth, they discover something unexpected.  Though the story never makes very clear what has actually happened on Earth, its subtle clues are chilling.

The Narrow Escape of Zipper-Girl by Adam-Troy Castro (Nightmare, June 2017): In this story, a very disturbed narrator becomes fascinated with a girl who had a body-mod zipper on her neck.  He chronicles his relationship with this woman he calls only “Zipper-Girl,” describing his increasing obsession with her zipper and its horrific potential.  We are in his head for the entire story, and he is one fucked up dude, which makes for one hell of a  creepy read.

Apparently this edition of Spinning Silver is pretty rare to find, so I snapped up a copy the moment I found one at a decent price. I read this book in almost one sitting on a plane ride from New York to Cairo. I loved it, but it’s been a while and I know I’ll want to reread it at some point! (The tarot choices...are random, but they fit the ~vibe of the book.)
For April, I want to try reading more indie/obscure/underhyped/older books! These I’ve pulled right off my shelf, but I’ve also got a ton of indie books on my Kindle, which I may check out as well. These four books aren’t a set TBR, but I would like to get to at least a couple of them, as part of my overall yearly goal of reading more of the physical books I own. They’re all fantasy, albeit a variety of different sub genres: high, historical, and steampunk!
I hated Northanger Abbey when I first read it two years ago, but I’m glad to say that I’m re-reading it now for my Jane Austen book club and enjoying it far more! It’s really indicative of how much my reading tastes have shifted.
a constant mood nowadays. i couldn’t sleep until 8am yesterday, but the insomnia actually helped me finally come up with an ending to a novel i’ve been working on since november 2019! so even though my eyeballs are burning right now, i consider the suffering well worth it, though i do wish my brain were capable of such eureka moments when i’m NOT half asleep.
Because I am ridiculously pedantic, and I don’t like the picture I had on my feed of these books, this is take two. So, again, here’s two poetry books I purchased from @kewandwillow a while back!
Getting ready for a tarot workshop!
I read Pride and Prejudice for the first time for my AP English class my senior year of high school. At that point, I was already obsessed with the 2005 adaptation and really enjoyed the book, which was surprising, because I don’t like many classics. Now, ten years later (!!), I’m re-reading this gorgeous edition for a Jane Austen book club!
a handsome eagle 🥰
new scrapbook for a new year!