Brace yourself, Reader, for I am about to blaspheme:

This movie was better than the book.

Let’s back up for a minute. This is actually my second time watching this film. I first saw it way back when it came out in 2011 because even back then I would watch literally anything in Victorian England. I do remember that I liked it very much, but other than that I remembered almost nothing at all. So, when I finally decided to read Jane Eyre this year, I was very much looking forward to re-watching this film having read the novel. Unfortunately, as you know, the novel ended up being quite a disappointment to me, but I was still excited to watch the film.

It is such a gorgeous, atmospheric movie. Everything that the book was supposed to make me feel I felt while watching this film. I felt the barren isolation of the moors, the moodiness of Thornfield Hall after dark, the Gothic atmosphere of the tale. The film is beautifully shot, with wide-shot scenes of the moors and the English countryside that are absolutely breathtaking.

Mia Wasikowska and Michael Fassbender both give brilliant performances.  Not to mention their chemistry is off the charts. In the novel, I never really felt the romance between Jane and Rochester, but in the film I could understand how drawn they were to each other. It was – dare I say it? – a swoon-worthy romance. Wasikowska is a fantastic Jane, stoic and resilient but with a barely concealed strength of spirit. Fassbender is brilliant as Rochester: he is alluring and magnetic and just a bit frightening. The characters were vividly brought to life by these performances.

And of course, I cannot end this review without talking about the music. The score, composed by Dario Marianelli, is utterly sublime. I’ve been listening to it nonstop since yesterday. I’m not musically inclined so I can’t talk about the particulars of the composition, but it is just such gorgeous music, the kind of music that brings tears to your eyes but feels uplifting at the same time. It’s almost Marianelli took the concept of resilience and translated it into music. I don’t know how else to describe it. It’s so gorgeous and it suits the film so well.

I absolutely adored this film. Y’all can’t know how much I wish I had loved the novel as much as I loved the film, but alas! 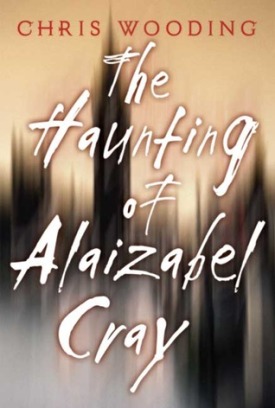 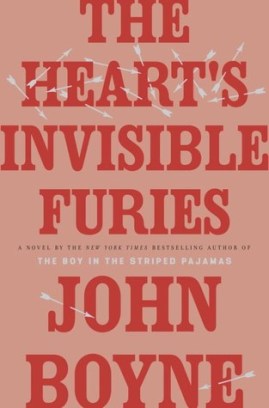 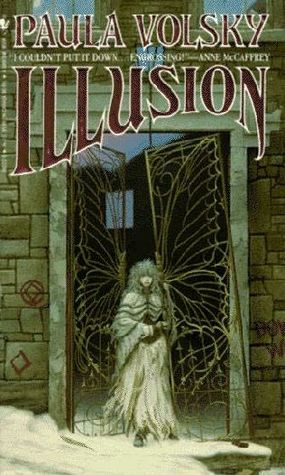 When July started, I had two very specific reading goals:

My first goal came after I felt overwhelmed with reading these past few months. I felt like I was reading way too much, not giving myself enough time to savor books, and it was beginning to feel kind of like a job. I also was not giving myself time to explore my other interests, namely television or lying around listlessly (yes, that counts). So, for this month, I would only read when commuting and when I really, really wanted to, not when I felt like I had to. Giving myself that space to breathe was wonderful. (Then again, two of these books were over five hundred pages long, and one was nearly seven hundred, so…yeah.)

My second goal came on the heels of last month, where seven out of the ten books I read were YA. I was starting to feel really frustrated with the various tropes present in YA fantasy in particular, the same old recycled plots…they all just started to feel very stale. But YA fantasy is my comfort genre, and I never want to reach a point where I never reach for it at all! So I decided it might be a good idea to take a break until I start to miss it again. This will also give me a chance to explore more books in different genres, which I did this month! 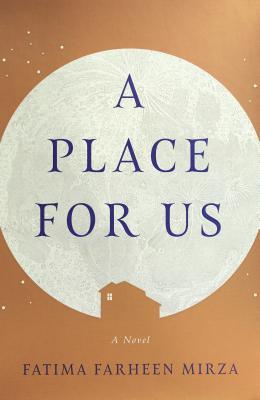 Last weekend I read like…thirty more pages of Jane Eyre (*sobs*). I’m getting there! I’m going to force myself to finish in August because this is getting out of hand. I’ve been reading this book since March. Unbelievable. A Place For Us is not as good as I was expecting it to be – I don’t hate it, but I probably won’t finish it as quickly as I want to. Not That Bad is so far as fantastic as I knew it would be, and I’m having to slow myself down in reading it so I can savor it (and so I don’t get all the essays mixed up in my head!).

Mini Life Update: July was a happy month, mainly because I was the recipient of two scholarships that will help me pay for grad school! This is just…incredible because not only are the scholarships prestigious but they just lifted a huge financial burden off my shoulders. I will also get paid trips to Seattle, DC, and an as-of-yet unknown location!

Currently I’m super busy with my summer class, which is ridiculously fast-paced, and I’m putting the finishing touches on my Fulbright application, which is due September 7th. I’m also preparing to enter #DVpit in October! My manuscript is pretty much finished; it needs one more full revision and it’ll be good to go. I’ve written a query letter and am starting to work on Twitter pitches. I want to be done with all this stuff before September, because I’m going to be heading to Egypt for two weeks!

Mini TV Update: I caught up on second season of Daredevil and will probably watch either The Punisher or the second season of Jessica Jones next. I’m also looking forward to the second season of Harlots, which was one of my favorite shows last year; it’s airing on Hulu right now but I think I’m going to wait until it’s all aired so I can binge it like I did the first season. I also want to catch up on the latest seasons of iZombie (which is so far not great), Supernatural (which is pretty awful this season), Agents of Shield, and The Fosters (it’s the last season, unfortunately). I’m also watching The Bold Type, which is the perfect summer show.

So I don’t usually do TBRs because I’m way more of a mood reader, and I might look at this TBR in a week and decide to scrap it completely, BUT there are a bunch of books I want to finish and read within the next month or so, and I thought I would share them here so you guys can see and so that I have some record of what I intend to read.

WHAT I HOPE TO FINISH (by the end of July): 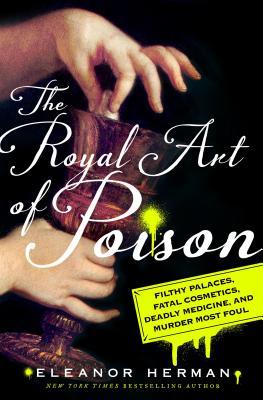 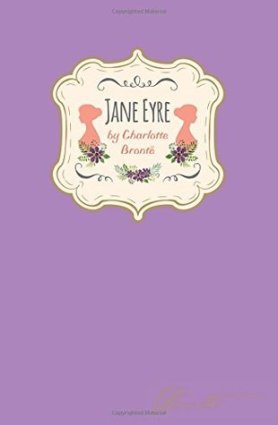 I am currently reading the above three books: Illusion by Paula Volsky, The Royal Art of Poison by Eleanor Herman, and Jane Eyre by Charlotte Bronte (yes, STILL). I sped through a couple hundred pages of Illusion yesterday, but the pacing has slowed down again and so have I! I’m still enjoying it very much, however, and I don’t think finishing it by the end of July will be a problem. The Royal Art of Poison, while not what I expected, is turning out to be a quick, fun read too, so I don’t think that should be a problem.

What I’m not sure I will finish in July is Jane Eyre. I really need to sit myself down and just go through the rest of the book already; I’ve been reading it since fucking March! I’m about 44% of the way through, and things are starting to get more interesting, but I still always manage to find something else I would rather read. So, I don’t know, maybe this will go into August? Thing is, there’s another classic I really, really want to read very soon, for a very specific reason.  Read on, friends. 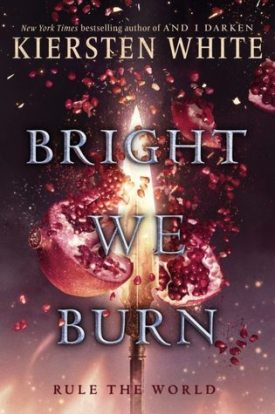 As soon as I finish Jane Eyre, I need to pick up Mary Shelley’s Frankenstein. Not only is it shameful that a self-described lover of the Gothic such as myself has never read it, BUT I also have an e-ARC of Kiersten White’s The Dark Descent of Elizabeth Frankenstein, which I am absolutely dying to read. I realize reading Frankenstein is probably not a prerequisite, but I would still like to read it beforehand. I also of course want to read Kiersten White’s Bright We Burn, the conclusion to her trilogy and a book that will likely be recalled from me very soon (I have it out from the library and it’s quite in demand). So, as soon as I finish my July reads, this is the first book I will start.

Another book I have out from the library is A Place For Us by Fatima Farheen Mirza. I’ve heard good things about this book, so hopefully it will be a success! Also, this is another highly in-demand book (I was eleven on the queue and it took a loooong time for me to get this book), so I need to get on it soon. Another book I struggled to get and am excited to read is Not That Bad: Dispatches From Rape Culture, edited by Roxane Gay. I’ve heard it’s amazing. Another book I’ve been seeing absolutely everywhere is Naomi Novik’s Spinning Silver. I actually acquired an e-ARC of this months ago but never got around to it. Now, though, it seems it’s the book everyone’s going to be reading. I loved Uprooted and I’ve heard people say Spinning Silver is even better. 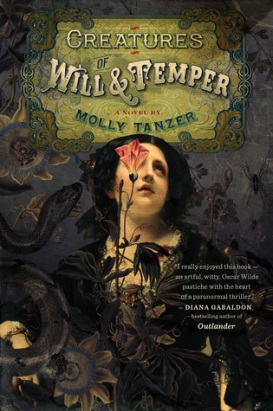 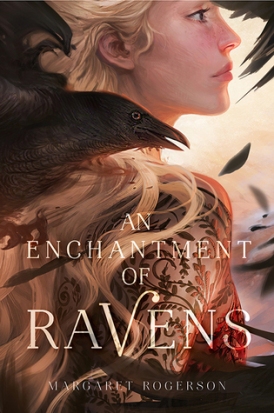 This portion of the TBR for August is more aspirational than anything. So, the next classic I want to read is The Picture of Dorian Gray, not just because I’ve heard great things about it, but because Creatures of Will and Temper by Molly Tanzer, a book I purchased months ago and have been dying to read, is heavily inspired by it. The latter takes place in a Victorian London infested with demonic presence and features a fencing heroine, so I am HERE for it. And finally, I’ve had An Enchantment of Ravens by Margaret Rogerson out of the library for AGES, and I don’t know if I will get to it or put it on hold yet again. Thing is, I’ve been trying my best to stay away from YA fantasy for a while, especially YA fantasy that has such middling reviews. However, the fact that it is not universally beloved means I might actually like it, so who knows? At the very least, I’m told it has beautiful language, and it’s one of the splashier books out there, so I would like to say that I have read it.

I’ll stop there! There’s a few other books on my TBR but I highly doubt I’ll get to them in August.  I might do another TBR as September nears, though!

Have any of you guys read any of these books yet? Planning to soon? Let me know!