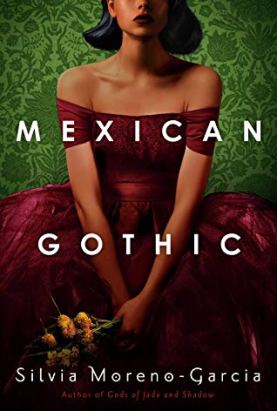 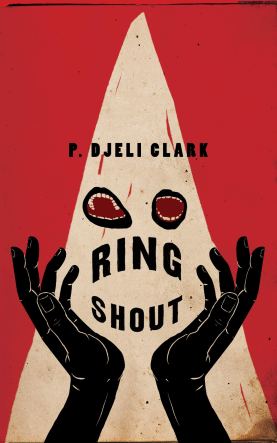 I’ve had a pretty good reading month. Not a single two-star read and mostly four-stars, and also a new favorite with Mexican Gothic, which I seriously hope everyone reads because it is absolutely amazing. Silvia Moreno-Garcia is one of my favorite authors and she’s written one of my favorite books of all time, so I’m so delighted to see her finally getting some well-deserved recognition! I also read two more Hugo nominee books, which means I just have two left, so I think I’m on track!

I was kind of thinking I would read mostly YA contemporaries this month, but like ten pages into The Henna Wars and I’m starting to rethink that…I really do feel like I’ve grown out of YA contemporaries, which is an absolute shame, because they’re such quick, fluffy reads most of the time, but I keep finding the narrative voices so young and grating. Kings of the Wyld is so far…odd? The writing is so casual it almost doesn’t feel like fantasy. Utopia For Realists feels like it will be a very accessible, quick read from what I’ve read so far!

I haven’t watched too much television this month for some reason, and what new stuff I have watched has been mostly…just okay? I also did not watch a single movie this month, rip.

This is a British crime drama, and like…all you need to know about is I watched it in the middle of June and yet I can barely remember anything about it. It’s the kind of show that I watched while on my phone half the time. It was…fine? But there was also no mystery because you know who the culprit is from the very first episode, so the tension was in how quickly the police will catch him. I guess they were trying to copy The Fall, but they just didn’t do a very good job.

I love watching David Tennant be menacing and creepy. There’s so much tension and dread and buildup to this show, and Cush Jumbo is brilliant as well. I binged this in like a day and loved how dark it was willing to go. And did I mention David Tennant?

I’m finally doing a rewatch of ATLA now that it’s non Netflix! I finished up season one and got halfway through season 2. If I thought that the show wouldn’t age well or that I had grown out of it, I was sorely mistaken; if anything, I love it and appreciate it even more this time around! I forgot how funny and well-realized and complex this show is! And the bending! Always so much fun to watch.

I also DNF’d a couple of shows. One was Keeping Faith, a British crime drama that got way too into mafia and drug stuff for me, plus I found the main character extremely irritating. Then I tried London Kills and No Offence and couldn’t get past the first episode for either show. Alas. Oh, and I’ve also been watching random episodes of Escape to the Country and House Hunters.

A Zutara Shipper’s Lament by Jana: As I began rewatching ATLA, it was inevitable that I would get sucked back into shipping discourse. Interestingly, I was never a hardcore, rabid Zutara shipper, but watching it the second time around it’s impossible not to notice the parallels between Zuko and Katara, both in terms of their narrative arcs and their personalities. This article talks a lot about that symbolism.

Gilmore Girls A Year in the Life Is Damned By Its Own Themes by Jana: I’m not sure why I got sucked into reading discourse on this years after A Year in the Life aired (has it been years? has it been a single year? time has lost all meaning), but I enjoyed this, because I had very, very mixed feelings about the revival, and this despite the fact that I was nothing more than a casual Gilmore Girls fan. I am, however, absolutely fascinated by Rory Gilmore as a character, because the narrative wants to set her up as a sympathetic goody two-shoes when she’s actually the embodiment of white privilege and she’s incredibly, deeply flawed.

Princess and Peasant: Azula and Katara are Perfect Literary Foils by lokgifsandmusings: More ATLA discourse! This is about Azula and Katara as literary foils, and I must say, this argument has me convinced! I find this analysis especially poignant considering that in the final season Azula faces Katara and loses to her!

An Open Letter to JK Rowling by Emmet Asher-Perrin: This month has been pretty awful when it comes to unmasking JK Rowling for the TERF she truly is. Harry Potter has shaped my life in ways I never could have imagined, and it’s heartbreaking to have this now cognitive dissonance between HP and its author. This open letter is from a trans reader who grew up on HP.

I Have No Mouth, and I Must Scream: The Duty of the Black Writer During Times of American Unrest by Tochi Onyebuchi: In late May and June police brutality and systemic racism seemed to rise to the forefront like never before in the United States. I’m struggling to summarize just what this essay is exactly about, because it’s mostly Onyebuchi musing on the systemic effects of police brutality and his place as a black writer. It’s personal, gut-wrenching, and heart-breaking.

How 70 Years of Cop Shows Taught Us to Valorize the Police by Constance Grady: As I said, this month police brutality has been on display in a shocking way. This article analyses the ways in which the media – including beloved cop shows – have taught us to unduly respect the police and inaccurately frame their role in society. It’s about copganda – shows like Law and Order SVU and Brooklyn 99 that show cops as the Good Guys, the heroes who serve and protect, even as they break laws and abuse suspects for “the greater good.” As someone who adores police procedurals, this was important and illuminating reading.

Laws of Night and Silk by Seth Dickinson: The only short story I read in June, and it was Classic Seth Dickinson. Most of his stories deal with hard choices, choices that force us to confront our humanity, to weigh the value of one life over another, and this particular tale, about a society that sacrifices their children for magical powers, is no exception. It’s brutal.

It’s been a weird month, at least over on Twitter. Not only did JK Rowling reveal her true colors, but there’s been a rash of harassment accusations in the comics and SFF communities. Many authors have actually faced consequences! Astonishing. But it’s been rather difficult, especially as I was friendly with one of the people who was accused of being a harasser, and we shared an agent. But it’s been…a learning experience for me. I discovered I really did not know much about what constitutes emotional abuse and emotional harassment, nor did I have a nuanced understanding of victim advocacy. So, at least I’ve walked away from all this feeling like I have a better understanding of this landscape, but it’s definitely been a stressful and disappointing time, to say the least.

I FINALLY started writing a bit again, and just two days ago I wrote 6K in one four-hour sitting, and then yesterday I wrote about 3K, so I’m feeling very, very pleased! My novella-turned-novel is now 45K altogether, so still far from being a novel, but I’m…reasonably confident I can stretch it to at least 60K, and hopefully later on edits can up that word count a bit. One thing I need to do is completely restructure the ending; when the novel was still a novella I wrapped things up rather quickly because I just wanted to be done, but now that it’s a novel, the ending needs more…pizzazz. It’s a little anti-climactic as is, and I’m not entirely sure how to fix it yet, but I will.