I’m not going to go into what the OWLS Readathon is, because if you don’t know what it is, you can go read all about it! The gist of it is basically: pick a wizarding career to pursue, earn the OWLS (and later, NEWTS) for it via fulfilling certain reading prompts. Here are some helpful links to learn more:

I’ve never participated in this readathon before, mostly because I never bothered to find out what it actually entailed, but this year I’ve actually had the time and energy to do so and I’m intrigued! And it’s a good excuse to form a TBR.

So I’ve decided to pursue the career path of Healer, the key traits of which are apparently confidence, problem-solving, and toughness. In any sort of reality I probably would never pursue any kind of medical profession because it’s an incredible amount of hard work and education, but this is fantasy, and I’ve always been drawn to the idea of healing and healers. Plus the prompts and number of OWLS matched the kind of reading I wanted to do. ¯\_(ツ)_/¯

A Madness So Discreet
Mindy McGinnis

Somehow I have reached a point where I own three books by Mindy McGinnis and have read absolutely none of them. I don’t know why I’ve done this. In any case, this particular novel is a historical fiction, set in – I think? – 19th-century Boston. It’s divisive, as most of McGinnis’s books are, but it’s supposed to be very dark and violent and also features a murder mystery, which sounds excellent. 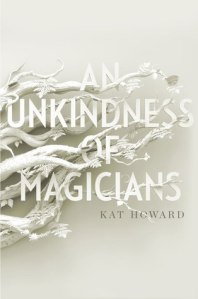 An Unkindness of Magicians
Kat Howard

This was originally on my Winter Reads TBR but I never got around to it. It fits the prompt perfectly. I’m still not entirely sure what it’s about, but I think it’s…adult urban fantasy and magic in New York City?

Defense Against the Dark Arts
Grindylows: a book set at sea/the coast 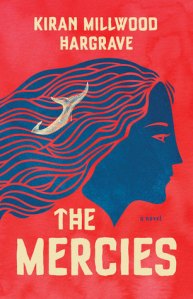 I got a gorgeous,vibrant physical ARC of this ages and ages ago. I’ve heard so many good things about this book about the women of a Norwegian coastal village who must confront a witch hunter in the 1600s. Sounds right up my street! I’ve also just finished reading a non-fiction book about the history of the European witch-hunts, so it should be interesting to read a fictionalized account. 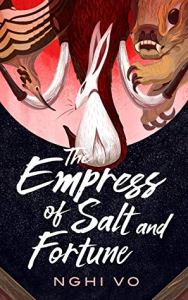 The Empress of Salt and Fortune
Nghi Vo

This is easy enough, as I have a ton of novellas to read! I should probably look to my backlist, but of course I’m going to go for a new release that everyone and their mother is talking about. It clocks in at about 100 pages, I think, and I believe it’s also high fantasy, which is good, since I’m probably not gonna be reading any other high fantasies this month. 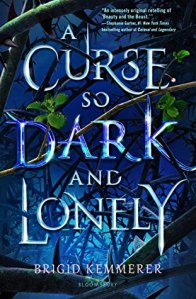 A Curse So Dark and Lonely
Bridget Kemmerer

I am…so wary of this book. It’s YA and romance and a Beauty and the Beast retelling, all things which could make for an unpleasant reading experience. This book has such a high rating on Goodreads but it also seems to be a book that people either love or absolutely despise. I have to admit, I’m curious which side I’ll fall under. Also, for some inexplicable reason, I purchased a copy from BookOutlet, so I’m gonna read it eventually. Now’s as good a time as any!

Arithmancy
Magical Qualities of Number 2: a book outside your favorite genre 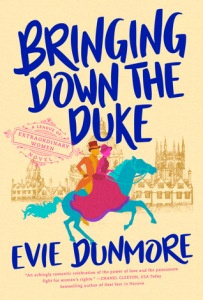 Bringing Down the Duke
Evie Dunmore

My favorite genre is fantasy, so I could read anything outside of that, but I think I’ll go with the genre I read the least of, which is easily romance. As it happens, I actually have a ton of romance novels sitting on my Kindle (they always sound fun and interesting but I never actually get around to reading them). I’m gonna go with this historical romance novel, since it’s set in the Victorian era, has an extraordinary cover, and has rave reviews.

I’ve been meaning to read a book by Tessa Gratton for ages and ages, and since I own this one, I figure it’s a good place to start. I’ve heard mixed reviews, but all of Gratton’s books have low to mixed reviews. This is supposed to be about a creepy small town and a deal they made with the devil. One of the main characters is a witch, according to the summary. As I’m actually working on a novel with a very similar plot, I’m curious to see how this one shakes out!

Muggle Studies
a book from the perspective of a muggle (contemporary)

If I Had Your Face
Frances Cha

So basically any contemporary, non-fantasy novel, and I’m gonna go with this highly anticipated April release that I was planning on buddy reading with a friend anyway. It’s about beauty standards in Korea as told from the perspective of multiple Korean women.

And that’s it! Hopefully I should have no problem reading these eight books, as none of them are especially long and I’ve been reading quite a bit more than usual these days, for want of anything better to do. Are any of y’all planning on participating in the OWLS readathon?