I used to be a much more avid reader of nonfiction, but for some reason this year and last have not been particularly fruitful in that category. I couldn’t even tell you why, exactly, because I loooooove nonfiction. I think there’s just so many fiction books out there that get so much more hype that it’s easier to gravitate towards them. Nonfiction November is meant to get you thinking more about reading nonfiction, even if you just read a single nonfiction book, and even though I already have a pile of fiction books I want to read in November, I’d like to incorporate some nonfiction into my diet too! 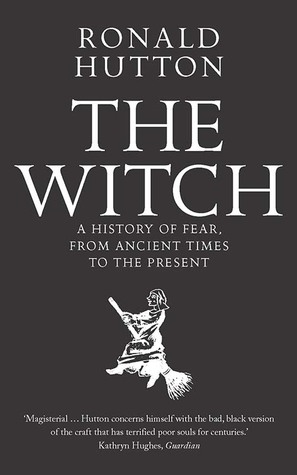 Read: The Witch: A History of Fear From Ancient Times to the Present by Ronald Hutton
TBR: The Malleus Maleficarum and the Construction of Witchcraft by Hans Peter Broedel

Witches have designs on things and the church sure needed to design a lot of documentation in order to get their witch-hunt on. Boom.

I’m kind of cheating a bit with The Witch, as technically I’m only 70 pages into it, but I already know I’m going to like it. It’s a very broad, global, historical overview of the concept of witchcraft, stretching beyond European borders.

The Malleus Maleficarum is all about the formation of witchcraft idealogy in early modern Europe, and the influence of the notorious Hammer of Witches by Heinrich Kramer. A very notorious text and often referred to as one of the most misogynistic creeds in print, it went on to be very influential in European witch hunts, and I’m absolutely fascinated by it, and by Kramer, who, by all accounts, was kind of an obsessive weirdo. I also want to learn more about European witch hunts in general.

Read: Sex and the Citadel: Intimate Life in a Changing Arab World by Shereen El-Feki
TBR: You’re Never Weird on the Internet by Felicia Day

Right, I am interpreting sport very, very broadly here, because I don’t have even a passing interest in sports, and I don’t think I’ve ever even read an article to do with traditional sports, let alone a book. So.

Sports are physical activities and so is sex, and Sex and the Citadel is a hilarious and informative account of changing sexual norms in the Arab world. Obviously I find it fascinating because I’m Arab, but it’s genuinely a hilarious and engaging book; the author is a journalist who for five years spoke to men and women across the Middle East all about sex.

You’re Never Weird on the Internet is kind of a fandom classic; is there anyone in fandom who hasn’t heard of this book? And, hey, sports have fandoms, right? Didn’t the word originate with traditional sports? Plus Felicia is a gamer, and esports are a thing. This book came out a while ago and I’ve been meaning to read it for, like, forever. I love Felicia Day, but more than that, I love what she’s made of herself. Part actress, part writer, part geek, part gamer – she’s got a brand I kind of idolize. Plus she’s hilarious. I’ve only heard good things about this book, and as someone who grew up on the internet, I’m sure I’ll relate to it in a big way. 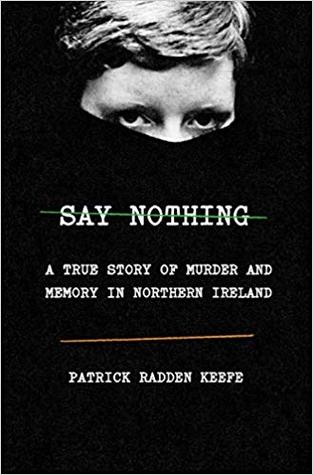 Read: Exceptional America: What Divides Americans from the World and from Each Other by Mugambi Jouet
TBR: Say Nothing: A True Story of Murder and Memory in Northern Ireland by Patrick Radden Keefe

I chose to interpret this prompt to simply indicate a truth exposed. Exceptional America is a fantastic and compact little book that delves into why America is…Like That. You know what I’m talking about. Plenty of countries have conservative groups, but America’s conservatism takes a very particular slant. This book delves into why. The  thesis boils it down to four major aspects of America, all of which resulted from its peculiar founding: anti-intellectualism, anti-governmentalism, racial resentment, and fervent Christian fundamentalism (a literal belief in the Bible). It’s absolutely fascinating, and presents an incredibly logical understanding of why American is so peculiar in so many ways. As examples, it utilizes a lot of events from Obama’s two terms, which unfortunately remind you of just how batshit crazy Republicans were during his presidency. I’m surprised this book isn’t more popular, because it’s really, really good; I read the e-arc of it a while back and would love to reread it at some point.

Say Nothing is a book I’ve heard nothing but fantastic things about from friends; it is centered around an abduction and murder in Northern Ireland, but set within the context of the Troubles, a period of intense violence in Northern Ireland’s history. In college I was really interested in Irish history, and I even studied abroad in Ireland for three weeks and took an intense history class, but I never really got around to reading anything specific about the Troubles, and I’d like to remedy that. (And it’s got the word “true” in the title!)

Read: Queer Injustice: The Criminalization of LGBT People in the United States by Joey L. Mogul, Andrea J. Ritchie, and Kay Whitlock
TBR: A Border Passage: From Cairo to America by Leila Ahmed

I chose to interpret this prompt to be books by or about marginalized folks!

I’m certain I’ve recommended Queer Injustice before, and that’s because it’s just so damn good. It was the first nonfiction book of its type that I read, and I distinctly remember thinking that I had never before truly read a full-length nonfiction book for class just because I wanted to. It’s an illuminating indictment of the American justice system’s treatment of queer folks, particularly queer folks of color, and it is written in a very readable and engaging manner.

A Border Passage is a memoir by Egyptian-American Leila Ahmed, who is a scholar and academic. I’ve read another nonfiction work by her and enjoyed it, and generally I think she’s a very intelligent woman, so I am curious to read more about her life. Given that I am also Egyptian-American and also spent my life living in Egypt and America, I think I’ll likely find a lot of parallels between our lives that will make this a richer reading experience.

It is highly unlikely I will get to all four of these in November, but hopefully I can at least finish what I’m reading now and start another?? SO MANY DAMN BOOKS SO LITTLE TIME.

We moved!
second (or third?) brunch in my life with @taibagram @ms.marwas and @noranne06
THE DAUGHTERS OF IZDIHAR is now available to request on Netgalley UK! Link in bio!
a nugget
the little dinosaur is lying on my mess, and there is a mess because…i am moving! after years of talking about it i’m finally leaving nyc, tho i’m not going *too* far (of course “too far” is relative lol)
I’ve been remiss in not posting an official post of my gorgeous UK cover, but I’m remedying that now. THE DAUGHTERS OF IZDIHAR releases in the UK on Jan 10 2023, same day as the US edition. Read on for a full summary (and preorder links are in my bio)!
I have a whole bunch of new followers, so I thought it might be time for an intro post! Here’s some random facts about me:
what’s a vermont trip in october without a little apple picking?
wish my brain would…NOT shut down whenever i pop my WIP open 🫠