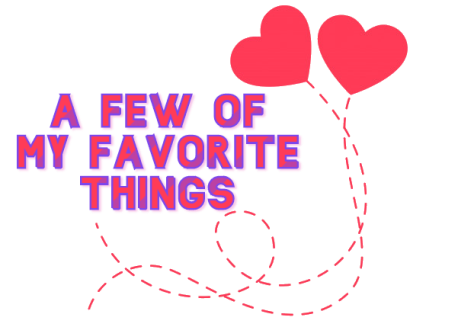 I absolutely love when people post their favorite things posts, and I’ve been wanting to post one of my own for ages and ages, only I’ve always felt like I just don’t have enough things to talk about. I probably still don’t, but I thought I would share the few things I have anyway.

YA Discourse: Witch vs Vulture by Foz Meadows: Every now and again there’s major drama on YA twitter, and it’s so frustrating to watch how it all inevitably goes down. This lengthy essay by author Foz Meadows specifically discusses The Black Witch, so it’s a bit dated, but it applies to essentially every single incident of drama I’ve seen on YA twitter. It talks about nuance and critical thinking and asks folks to understand that for the love of God things aren’t always black and white. It’s brilliant and articulate, the kind of piece that makes my brain giggle in delight.

Lucy Wood on YouTube: Lucy is a British YouTuber who was initially just a beauty vlogger, but I started watching her videos when she started doing clothing hauls and try-ons. Lucy is not plus-sized but not skinny; rather, she falls in that nebulous in-between space that so many of us inhabit. It’s awesome to watch someone with a body similar to mine try on clothes and talk about fashion. But what’s more, Lucy is absolutely hilarious, with a self-deprecating wit that literally has me laughing out loud. She’s also open about having body image issues and keeping up her confidence. She’s so funny and positive and an absolute joy to watch.

Modern Witch Calendar by Camille Chew: I love Camille’s artwork in general, but I especially love her modern witch series. It so perfectly fits in with my aesthetic. Plus the calendar layout is so whimsical, with little blurbs about things like potions and poppets, and every month talks about a different type of animal familiar. The calendar also shows the phases of the moon! I absolutely love it. I’m obsessed with calendars and this is my favorite one of all time; I’ve already pre-ordered the 2020 one! I have it up in my office and it brights up my cubicle.

Marrakech by Riff Cohen: This song is just a great bop. Such a party. All about the beauty of Marrakech, sung in French.

Jenny of Oldstones by Florence + the Machine: The best thing to come out of the last season of Game of Thrones, tbh. This song is hauntingly beautiful and nostalgic.

Habibi by Tamino: This guy’s voice is magic.

One thought on “A Few of My Favorite Things!”

My nonfiction read for the month is WOMEN IN NINTEENTH CENTURY EGYPT, a seminal work by Judith Tucker. I’m trying to approach my reading of nonfiction a little differently this month; that is, I want to read this book in a way that ensures I retain more information than usual. To that end, I’m doing my best to take notes as I read.
Apparently this edition of Spinning Silver is pretty rare to find, so I snapped up a copy the moment I found one at a decent price. I read this book in almost one sitting on a plane ride from New York to Cairo. I loved it, but it’s been a while and I know I’ll want to reread it at some point! (The tarot choices...are random, but they fit the ~vibe of the book.)
For April, I want to try reading more indie/obscure/underhyped/older books! These I’ve pulled right off my shelf, but I’ve also got a ton of indie books on my Kindle, which I may check out as well. These four books aren’t a set TBR, but I would like to get to at least a couple of them, as part of my overall yearly goal of reading more of the physical books I own. They’re all fantasy, albeit a variety of different sub genres: high, historical, and steampunk!
I hated Northanger Abbey when I first read it two years ago, but I’m glad to say that I’m re-reading it now for my Jane Austen book club and enjoying it far more! It’s really indicative of how much my reading tastes have shifted.
a constant mood nowadays. i couldn’t sleep until 8am yesterday, but the insomnia actually helped me finally come up with an ending to a novel i’ve been working on since november 2019! so even though my eyeballs are burning right now, i consider the suffering well worth it, though i do wish my brain were capable of such eureka moments when i’m NOT half asleep.
Because I am ridiculously pedantic, and I don’t like the picture I had on my feed of these books, this is take two. So, again, here’s two poetry books I purchased from @kewandwillow a while back!
Getting ready for a tarot workshop!
I read Pride and Prejudice for the first time for my AP English class my senior year of high school. At that point, I was already obsessed with the 2005 adaptation and really enjoyed the book, which was surprising, because I don’t like many classics. Now, ten years later (!!), I’m re-reading this gorgeous edition for a Jane Austen book club!
a handsome eagle 🥰