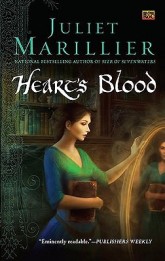 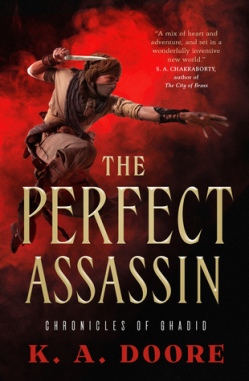 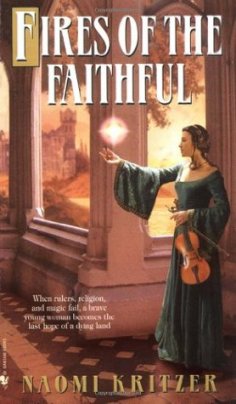 It’s been an interesting reading month! March started off with the #FemmeFanTale readathon, during which I managed to read…two books, I think? Or three? Fair enough, I suppose. But I kept the momentum going for the rest of the month and read only fantasy books, which was so much fun! I fell short of my #FemmeFanTale TBR by five books, but I also supplanted two different books, so really, I only fell short of my overall reading goal by three books, which isn’t terrible. And I hope to read at least some of those five #FemmeFanTale books next month! This readathon has definitely reminded me of how much joy fantasy brings me. Last year one of my goals was to expand my reading and step out of my comfort zone, but I think this year, now that I’ve gotten a better idea of what I like and don’t like, I can veer back into fantasy for a bit.

I am currently reading…nothing, actually. I literally just finished my last book of the month and have yet to decide what to pick up next. I’m thinking The Silent Patient, since it’s been getting a lot of buzz and I’m in the mood for a thriller, but I also really want to read We Set the Dark on Fire, which I’ve been anticipating for three years. I’m gonna be flying to Chicago on Sunday, so I need a good plane book, and I’m thinking that would be the thriller. I also want to read at least one horror book in April, but I don’t know what that will be.

Well, I finished Salem, which was…something. I kind of want to scream at somebody about it, but I don’t know anyone who has watched it. Then I also binged Shetland, which is a British police procedural that takes place on the Shetland Islands. It’s so great. I actually really like the lead male detective and the mysteries are very interesting. Plus the views are gorgeous! But other than that, I didn’t watch very much TV, as I tried to focus more on reading!

I was inspired by @gabrielaromerolacruz to make some character intros, featuring gorgeous art by @nourtarts!
too tired from moving to do a proper post but perennial reminder that you can preorder my debut novel which comes out in…damn, a little over one month! i’ve completely lost track of time dkshakabak
We moved!
second (or third?) brunch in my life with @taibagram @ms.marwas and @noranne06
THE DAUGHTERS OF IZDIHAR is now available to request on Netgalley UK! Link in bio!
a nugget
the little dinosaur is lying on my mess, and there is a mess because…i am moving! after years of talking about it i’m finally leaving nyc, tho i’m not going *too* far (of course “too far” is relative lol)
I’ve been remiss in not posting an official post of my gorgeous UK cover, but I’m remedying that now. THE DAUGHTERS OF IZDIHAR releases in the UK on Jan 10 2023, same day as the US edition. Read on for a full summary (and preorder links are in my bio)!
I have a whole bunch of new followers, so I thought it might be time for an intro post! Here’s some random facts about me: