Yo. YO. Have I ever mentioned my obsessive love for maps of all kinds? I have so many maps hanging in my room, I’m always looking to buy more, and I spend way more time than I need to on Google Maps. I JUST LOVE MAPS. There is noting that annoys me more than when a fantasy book does not contain a map. I’m a visual person; I need that map to help me make sense of a story. Plus there are some maps that are illustrated so brilliantly that they’re just great to look at, you know? And as an aspiring writer of fantasy, I’m always crafting my own maps, clumsy though they may be!

I am SO excited for this topic, so excited that I  couldn’t pick only five and had to whittle it down to eight, which are ranked in order of preference, with my absolute favorite coming in at the end of the post, at #1. Click on the maps to enlarge, y’all, I spent so long hunting down high-quality maps lmao!

Oh, also: SHOUT OUT to two maps that didn’t make it onto this list not because I don’t love them, but because they’re so popular and well-known and I wanted to spotlight something else: the Grishaverse map and the map of the world of A Song of Ice and Fire. Both fantastic maps, especially the latter, which is hyper-realistic.

And now onto the maps! 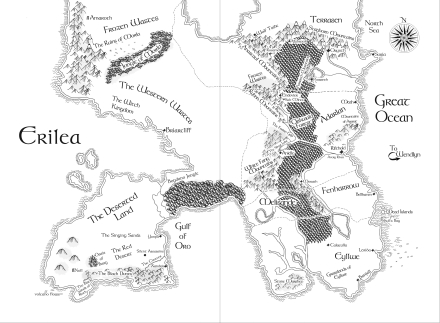 Say what you will about the Throne of Glass series, but the map is solid! Granted, it’s not super detailed and not terribly pretty, but there’s something soothing about its simplicity nonetheless! I also just like the shape of it.

I actually read an ARC of Children of Blood and Bone, so I did not get to experience this lovely map as I read! I didn’t end up enjoying this book, but I think the map is so cool. I love the detailed frame (I LOVE framed maps) and the way the structures are illustrated. There’s so many wonderful little details! And I also love that this world appears to be a set of islands strung together; it’s so unique.

This map is deceptively simple. You have to really look at it twice to get a sense of all the details. There’s something very elegant about it, though, and I love the shading around the map! Sadly I didn’t love the book, so I won’t be continuing the series, but I still enjoy the map! 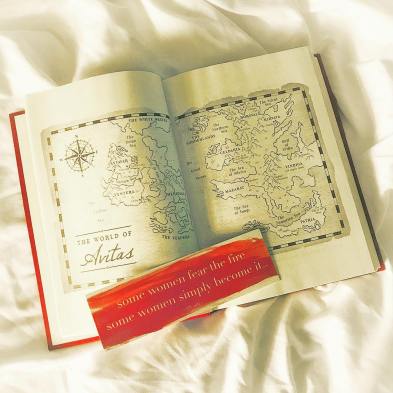 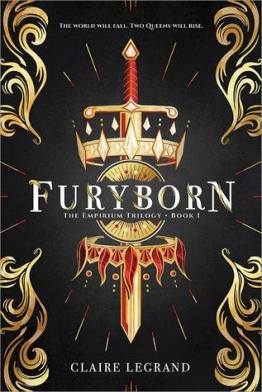 I really love maps that span huge worlds. Even if the story only takes place in a single country, I love having a map that shows me the width and breadth of the entire world the characters are living in. I haven’t actually read Furyborn, so I don’t know if the story takes place across several countries, but I don’t even care – I love having all these nations there for context. And I like how elegant and simple this map is!

This map barely came into play throughout the course of this lackluster book, but it’s still a really cool map. Even though the story only took place in one of these countries, the book referenced other places, and it was great to have this map as a point of reference. It also just looks really cool? Like, something about the way the continents are cut up just looks so visually appealing to me.

This map is really simple, but I just adore it. Perhaps it’s because this is one of my favorite fantasy series of all time, or perhaps because it’s one of the first fantasy maps I truly fell in love with, but there’s just something about it that keeps drawing me back. 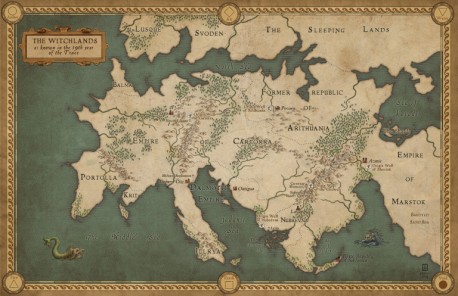 God, I love this map so much! First, there’s a frame, and it’s so old-world and so elegant. Second, Susan Dennard said it’s based off off Croatia and the Adriatic, which you can definitely see, and I think that’s super cool. And look at those little sea monsters swimming!

And we come to the creme of the crop, what is probably the best fantasy map I have ever and will ever see in my entire freaking life. This is my favorite map of all time, y’all. OF ALL TIME. I’ve uploaded a full size version so you can click on it to enlarge and see all the wondrous, gorgeous details. This map ain’t playing around. This map is serious shit. First, there’s the frame, with busts of Aa’s four daughters as well as Niah and Aa himself. Gorgeous and a neat bit of worldbuilding to incorporate onto the map. Then here’s the incredibly detailed structures which hint at the cultures and architectural styles of each country. This map is SO BEAUTIFUL I think I literally almost cried the first time I saw it. Oh, and the map of the city of Godsgrave is nothing to sneeze at either. If anything, it’s actually more detailed than the map of Itreya. I love that we have a map of the whole world and then another, even more detailed map of the major city. LOVE IT. Like, it’s not just a map, it’s a visual representation of the world; it truly helps you picture the city. INCREDIBLE.