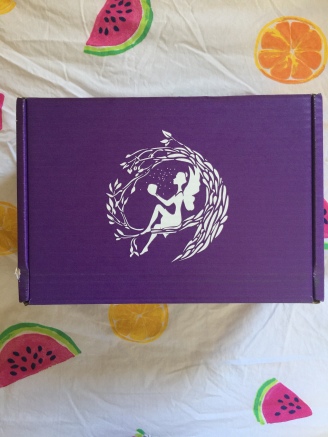 I have been wanting to subscribe to FairyLoot for ages. But I was leery of the cost. I still am, if I’m being honest. This book subscription service is hella expensive, especially since it has to ship from the UK…the shipping prices alone make my eyes bug out. But I have been wanting it for so long I said YOLO and decided to spring for a three-month subscription. March is my first month, and it just so happens to be the anniversary month, so the box is a lovely purple shade, and everything within was delightful! 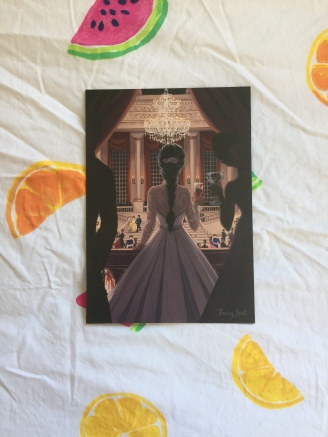 First there’s the spoiler card, which is lovely, and there’s a Belles bookmark! I admit, when I first saw the Belles insignia I freaked out a bit because I thought it was this month’s book, and I’ve read it already! There’s also a Belles pin which I’m too lazy to take a picture of because I’ve already pinned it to my bag. 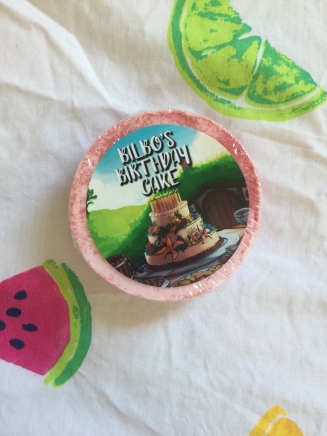 These two items smell sooooo good! Whenever I would watch YouTube unboxings I would always roll my eyes at how the YouTubers exaggerated how good things smell, but now I know, these things do smell delectable! The Goblet of Fire candle smells like chocolate but not in a saccharine way at all! The pink soap smells just like candy; I’m so excited to use both of these items! 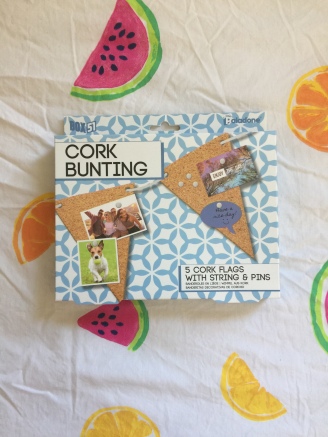 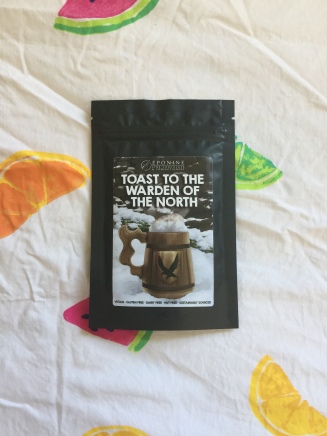 I had no idea what either of these things were when I first opened the box, haha! The “Toast to the Warden of the North” is not, as I first thought, tea, but rather hot chocolate! To this day I’ve yet to taste a hot chocolate that I actually like, so I’m excited to see what this will turn out to be like. As for cork bunting, I feel like it’s the sort of thing I would actually get a lot of use out of because I have way too many small papers lying around, but I’m not sure where to put it? My room is small and it is A Mess. Should I save it until I move to a new house?

A scarf! It’s a Shadowhunters-themed scarf, with runes! At first, this scarf smelled something awful, almost like gasoline, and not the good kind. Now that I’ve aired it out the smell seems to have dissipated but I still intend to wash it before wearing it. It’s made out of 93% viscose, so that’s good quality!

And finally, the book! I was shocked to find that I have never heard of either this book or this author, though she is apparently a bestseller? When I looked up her previous book on Goodreads I recognized it by the title but I have no idea what it’s about or if it’s good. This book is high-fantasy and features a map, however, so I’m sold!

And that’s it! I have to tell you guys, this unboxing was probably the most exciting thing I’ve done all year. (Is that sad? It’s probably a little sad.) I made sure not to look up anything about this box online so that I could be surprised! And I was! I love the thrill of discovery with box subscriptions; it’s such a delight to be surprised and have all this cute stuff along with a book at the end of it! I’m seriously worried I’m going to end up renewing my subscription at the end of the three months, despite the expense…

What do you guys think? Is FairyLoot worth the exorbitant amount of money it costs? What are some of your favorite book subscription boxes?

Visited Brooklyn for the first time in like...three years? Saw a good friend, for the first time since February 2020, ate out for the first time since early last year, walked till my feet ached...such a nice palette cleanser of a day!
I’m publishing a book y’all!!!
Okay! After a dismal April reading month I’m looking forward to better books in May. Mainly, I want to finish up all the books I’ve had out of the library for AGES, and I’ll also be reading Emma with the book club. This picture is only a partial TBR, which should tell you that I’m feeling very ambitious this month in terms of reading!
In an attempt to claw my way out of a really bad reading slump I decided to try a short story collection! I very rarely read short stories, but when I do, they’re usually in the form of collections like this. So far this one has some pretty good stories, and I think it’s doing a good job of pulling me out of the slump!
throwback to this grandma look
portrait mode is really something huh (it’s a bit disconcerting how i can see every freckle hair and pore on my face and this is probably why ppl put on foundation 😅)
Visiting Queens Botanical really made me miss Vermont lol
So...I think Mansfield Park has single-handedly managed to do what a whole pandemic and quarantine couldn’t, which is drive me into the worst reading slump I’ve had in years. 😅
Witness me running away from a gigantic wasp while trying to take a picture with some tulips that matched my dress! Because I’m a huge dork, I did indeed seek out and purchase an Emperor’s New Groove themed dress and I LOVE IT.