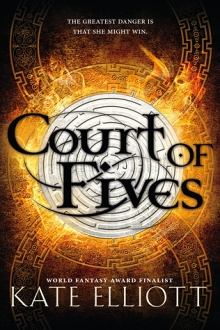 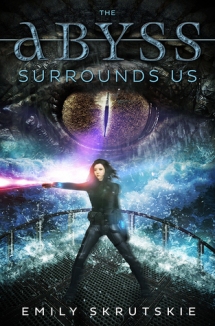 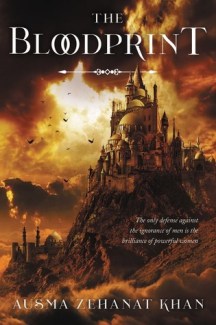 Okay, so first of all, hats off to me for finishing off a whopping six books this month! I know for a lot of folks here in the book blogging sphere that doesn’t seem like much, but I haven’t accomplished this in a long time! I definitely tried to dedicate more time to reading than I usually do this month, and because I read so many books I didn’t love, I was in a hurry to finish them and get on to something better.  Funny how that works.

So let’s talk about that, huh? This was…not a great month! It started off amazing with The Dark Days Pact, but it very steadily went downhill from there. I finally finished off The Bloodprint, which was as terrible as the first chapter promised; I’m actually surprised and proud I managed not to DNF it.  Then I wanted to try some Kate Elliot, and though Court of Fives wasn’t as terrible as some reviewers make it out to be, I didn’t love it.  The Abyss Surrounds us, a f/f sci-fi that everyone purports is the greatest thing ever, was only just okay.  Jade City, a highly anticipated fantasy, was not for me. And finally, my classic read of the month, Northanger Abbey, was dreadful.

I’m really hoping I start off the new year with better books! Currently I’m reading Eleanor Oliphant is Completely Fine. I’m only one chapter in, so I don’t have too much of an opinion yet, but it seems entertaining.  And…that’s it! It’s been so long since I was only reading one book at a time. I’m sure that won’t last long, though.  I’m meant to be starting a buddy read of The Lymond Chronicles, beginning with The Game of Kings.  I’m also thinking to read Jane Eyre, but I’m not 100% on that yet; I think I might need a break from classics for a bit! Other than that, I don’t think I have any specific plans!