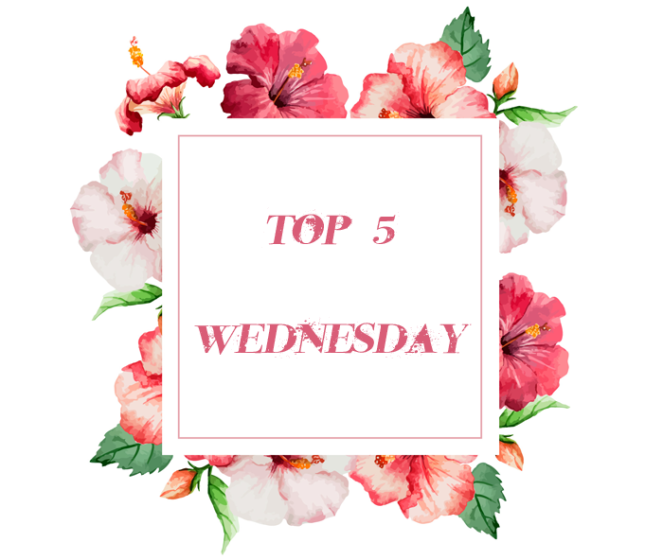 Yes, it’s Thursday, but let’s just…pretend it’s still Wednesday. Yesterday I went to bed at 9pm instead of writing this post, and then I woke up at 12:30pm the next day. Yes, that’s about fifteen hours of sleep. The worst part? This isn’t out of the ordinary for me.

Anyway! There are plenty of things I’m dying to see in the books I read, especially YA fantasy, so it was difficult narrowing down to just five!

Female Friendships: I’m gonna bet this is a popular wish, since it’s so woefully lacking! Yes, things have been getting a tad better, but most female friendships really only pay lip service to the idea while being sacrificed for what I like to call the Inexplicable Heterosexual Romance.  Warsan Shire once said, “There is no intimacy like that between two women who have chosen to be sisters.” I want to see more of that, a true intimacy between women. And frankly, given that most YA fantasies take place in pseudo-medieval times, it only makes sense that women would have close friendships with other women.  In this same vein, I want to see more fully-fleshed, complex female characters who are not the protagonists.

Lesbians: I want more f/f relationships in fantasy, and I don’t want those books to then be relegated to “special interest” or something like that. We’ve been seeing a decent amount of m/m relationships in stories, but f/f relationships are sorely, sorely lacking, and it’s disheartening.  I want a f/f relationship that is front and center in a book that’s considered mainstream.  (Disclaimer: I say “lesbians” but of course I also mean women who are bixesual, pansexual, etc, in relationships with women.)

Standalone Fantasy: She says, as she writes her own fantasy trilogy. But seriously.  I have nothing against the trend of trilogies and duologies, but it would be nice to see a standalone fantasy here and there. I get that trilogies are better money-makers but a lot of times a story is actually made much worse when it is stretched out so much. Some stories only need one book to be told.  Also, speaking as someone with a horrible memory, I often have to reread the entire series whenever a sequel comes out, since I can never remember anything that happened.  Oh, I also wouldn’t mind a trilogy of separate stories that takes place in the same world, however (this is actually what I’m writing)!

Realistic Romance: From my reviews, you would think that I detest romance in my books. This is actually not true! I detest badly written, heteronormative, misogynistic, cliched romance. Often this Inexplicable Heterosexual Romance will eclipse everything else just so that it can exist; I can’t tell you how many books I’ve read where the protagonist falls in love with a random guy for no reason at all and it makes no sense. It always makes me roll my eyes. But good romance? It’s rare but it’s so worth waiting for.  Examples include Kaz and Inej from Six of Crows, Kell and Lila from Shades of Magic, and Hanani and Wanu from the Dreamblood duology. All three are slow burn, develop organically, and are realistically presented.  Also, none of them take over the main plot.

Realistic Male Characters: Often in YA fantasy male characters will be either a) assholes with hearts of gold, apparently or b) super duper nice and perfect.  Either way, they’re usually unrealistic wish-fulfillment of some kind.  I would love to see more male characters who actually are jerks and stay that way, who are cowards, who are soft boys and stay soft, who can’t commit, who lie and manipulate, who are insecure…just, something more realistic! I want to see young men with actual flaws.  Give me more Kaz Brekkers and Kell Mareshes, you know? In all likelihood this will also make the romances more bearable.

Agree, disagree? Do you have some recommendations for me based on these wishes? What are some things you want to see in 2018? Comment and let me know!

We moved!
second (or third?) brunch in my life with @taibagram @ms.marwas and @noranne06
THE DAUGHTERS OF IZDIHAR is now available to request on Netgalley UK! Link in bio!
a nugget
the little dinosaur is lying on my mess, and there is a mess because…i am moving! after years of talking about it i’m finally leaving nyc, tho i’m not going *too* far (of course “too far” is relative lol)
I’ve been remiss in not posting an official post of my gorgeous UK cover, but I’m remedying that now. THE DAUGHTERS OF IZDIHAR releases in the UK on Jan 10 2023, same day as the US edition. Read on for a full summary (and preorder links are in my bio)!
I have a whole bunch of new followers, so I thought it might be time for an intro post! Here’s some random facts about me:
what’s a vermont trip in october without a little apple picking?
wish my brain would…NOT shut down whenever i pop my WIP open 🫠