This week’s (well, last week, actually) on Top 5 Wednesday: “Books You Felt Betrayed By. Beware the Ides of March! What books (or characters) did you feel betrayed by, for whatever reason…big or small.” 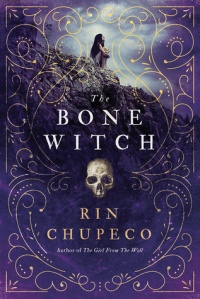 The Bone Witch by Rin Chupeco: This was one of my most anticipated books of 2017. Fantasy, diversity, necromancy – pretty much everything you need to draw me in. While the writing was lovely and the story atmospheric, I was disappointed by the pace. Very little happens in this book, which would be fine if it were written as a character study, but it’s not, and I struggled to get a feel for the protagonist until the very end. Not only that, but one of the imagined lands in this worlds is heavily coded as Arab/Middle Eastern, and it is seen as the barbaric/backwards land. This is a very tired trope that I did not expect to see in a book like this. 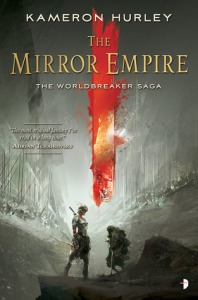 The Mirror Empire by Kameron Hurley: I picked this book up mostly because of Hurley’s reputation. I was expecting something truly incredible. I really wanted to like it. Unfortunately, I really, really didn’t. Though at the time, I thought the worldbuilding was good, looking back I now realize it’s incredibly forgettable. I couldn’t for the life of me tell you what this book is about or who the main characters are. Furthermore, Hurley seems to have allowed setting and world-building to overshadow everything else. The plot is only marginally interesting, most of the characters are dull and flat (and there were far, far, far too many of them), and the writing is stiff and stilted. I understand why this book is such a big deal in the fantasy world, and I am glad it exists (though the gender dynamics do make me uncomfortable, and I suppose I should examine that), and I appreciate what it is doing; I just wish I had enjoyed it more than I actually did. I’m not even the least bit interested in picking up the second book in this trilogy.

The Vine of Desire by Chitra Banerjee Divakaruni: This is the only non-YA/fantasy book here, and it is also the only sequel. The first book in this series, Sister of my Heart, I loved wholly and completely. Telling the story of two girls growing up alongside one another in India as close as sisters, it is a powerful, beautiful story of the bonds between women. The sequel, unfortunately, took all that and demolished it, as it proceeded to destroy this incredible relationship by shoving a man into the middle of it and then centering his role in the women’s friendship. It also moved the setting from India to the United States, and the book definitely suffered for this – part of the charm of the first book for me was reading about Indian culture, which is so very similar to my own in many ways. The first book was a paragon of complex female friendships, while the second book read like pulp. 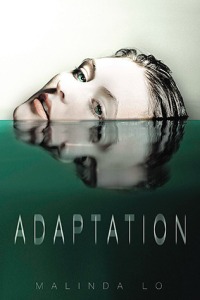 Adaptation by Malinda Lo: I’ve loved everything Malinda Lo has ever written, so reading Adaptation was quite the disappointment. Though I loved the bisexual protagonist, I thought the plot was lackluster and predictable; everything I thought would happen, happened. I kept expecting some kind of twist, something to surprise me, but nothing did.

The Mara Dyer Trilogy by Michelle Hodkin: This was the biggest letdown of my entire life. I suppose part of the problem was with my own expectations. See, when I started the first book, for some reason I assumed I was reading a tense psychological thriller with an unreliable narrator. About 400 pages in, the book, heretofore rooted in realism, introduces a supernatural element. And not just any supernatural element, but one that grants the protagonist practically Godlike powers. Even as I finished the book, I could hardly believe this, but I moved onto the second, and then the third, desperate for answers. Things only got more and more confusing and unbelievable until the trilogy ended…decently enough, I suppose, given its set up and in-world logic, bu to me personally, it was a huge disappointment. The weird thing is, I plowed through this trilogy! I enjoyed reading it so much! I savored it! I just kept expecting something more.